The wind power generation system using variable speed constant frequency technology is a complex energy conversion system, which includes cross-technical achievements in many disciplines such as aerodynamics, mechanical mechanics, electrical engineering, electronic technology, and control theory. Therefore, it must be systematically Conduct a comprehensive analytical study. This paper will first discuss the wind turbine system speed control principle to achieve maximum wind energy capture from the analysis of wind turbine characteristics. Aiming at the characteristics of AC excitation asynchronous generator, the stator flux linkage oriented sagittal transformation control strategy is adopted to obtain the decoupling and independent adjustment capability of the generator active and reactive power, so as to achieve the maximum wind energy capture and high efficiency power generation operation. Finally, the system simulation research results are provided to verify the correctness and effectiveness of the proposed control strategy.

2 Wind turbine maximum wind energy capture operating mechanism The characteristics of wind turbines are usually expressed by a family of dimensionless performance curves containing the power factor cP, which is a function of the wind turbine tip speed ratio x, as shown.

Maximum power. Is a typical CP (A) curve.

In order to achieve CpCp during wind turbine operation, the wind turbine is controlled by a given power-speed curve. The given value of , varies with the speed, and is calculated from the speed feedback. Based on the calculated value, the generator output power is continuously controlled to track the change in the Popt curve. The system is balanced by the deviation of the target power from the measured power of the generator.

The shape of the optimum power and rotor power-speed characteristic curve is determined by and A.

3 AC excitation variable speed constant frequency power generation principle AC excitation variable speed constant frequency doubly-fed power generation system schematic diagram As shown, the generator is generally a three-phase wound-type asynchronous generator, the stator winding is connected to the grid, and the rotor winding is connected to the three-phase slip frequency. The inverter realizes AC excitation. When the wind speed changes cause the generator speed to change, the frequency of the rotor current should be controlled/2 to make the stator output frequency A constant. According to the relationship, when the speed/1 of the generator is lower than the speed of the rotating magnetic field of the air gap, the generator is running at sub-synchronous speed. At this time, the inverter supplies positive phase excitation to the generator rotor, and the output voltage component is adjusted, and then With the voltage compensation component, the rotor voltage command U2 can be obtained. After the rotary transformation, the three-phase voltage control of the generator rotor is obtained = 1.251/1113, and the reactive power value Cr=350W is increased between the wind turbine and the generator shaft. A gearbox with a speed ratio of N = 7.864 is connected. Therefore, the relationship between the angular velocity of the generator and the angular velocity of the wind turbine is called == 7.8460. The theoretical calculation shows that the optimum angular velocity of the generator at the wind speed is assumed to increase from 4 m/s to 6. 8 m/s at the 10th second. The theoretical optimal speed of the generator at the two wind speeds indicates the process of adjusting the generator speed with the change of wind speed. The first adjustment starts from 167.5 rad/s at the grid-connecting time, and the speed reaches stable after 5 s. The secondary regulation starts at 10s of the step of the wind speed. After 20s, the speed tends to be stable. After adjustment, the two optimal angular velocities are respectively stabilized at 122. 92 rad/S variable speed constant frequency wind turbine simulation s, and theoretical calculation Very consistent. The model of the variable-speed constant-frequency wind power generation system based on the above stator flux linkage vector control is used to realize the running simulation of the maximum wind energy tracking control under wind speed variation using Matlab/Simulink software.

See the appendix for the parameters used in the simulation. Assume air density and rotor current waveform. It can be seen that as the output power of the generator increases, the amplitude of the stator current also increases accordingly, but the frequency is always constant at 60 Hz, achieving a constant frequency. For the change process of the rotor current, the rotor current frequency changes continuously with the change of the generator speed, and the frequency is zero when the speed exceeds the synchronization point. And 0 describe the power of the stator and rotor side of the generator. It can be seen that with the change of wind speed, the generator can output the maximum power after adjustment; at the same time, it can be seen that when the generator output power P changes, the reactive power Q remains unchanged, and the P is realized. Decoupling control with Q. It shows the flow direction of the generator rotor side power åœ¨ during the tracking of the maximum wind energy. When the generator is at the synchronous speed, P2>, indicating that the power flows from the grid to the generator; when super-synchronous operation, the wind turbine characteristics are analyzed. Based on the mathematical model of AC excitation doubly-fed generator, the control strategy of tracking the maximum wind energy is studied. The stator field-oriented loss-of-conversion control is applied to the generator to achieve the decoupling of the generator active power and reactive power. The active power is controlled to control the electromagnetic torque, thereby controlling the speed of the wind turbine to achieve tracking of the optimal power curve. The modeling and simulation using Matlab/Simulink software verifies the success of the control strategy of the variable-speed constant-frequency wind power generation system proposed in this paper, and meets the requirements of variable-speed constant-frequency wind power generation, which provides theoretical basis and design basis for the development of actual system in the future. 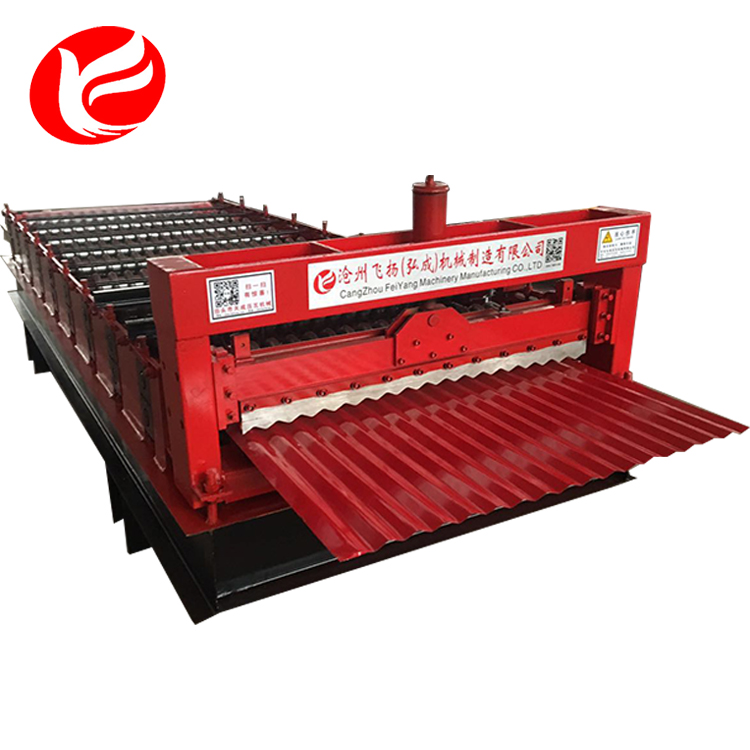