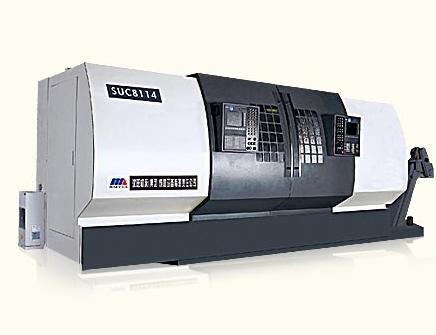 Driven by the market demand, China's booming demand for the CNC machine tool industry will maintain rapid growth, with an average compound annual growth rate of 37.4%. CNC machine tools have become the mainstream of machine tool consumption. According to Luo Baihui, the secretary-general of the International Mould, Hardware and Plastics Industry Suppliers Association and chief information officer of Jinmo Machine Tool Network, China will continue to invest and increase its efforts during the 12th Five-Year Plan period. Each year, major projects will drive more than 10 billion yuan of funds. Not only has it driven the market development of China's domestic CNC machine tools and its numerical control systems and related functional components, it has also provided excellent opportunities for domestic CNC system manufacturers to continuously develop their own technologies and expand their markets.

The development of CNC machine tools in China will strive to solve the problems of large but not strong hosts, lagging development of numerical control systems and functional components, large gaps in key technology of high-end CNC machine tools, low product quality stability, and poor overall economic efficiency of the industry, which will foster core competitiveness. , independent innovation, quantitative integration, brand building, and other aspects have been raised to a strategic height and the industrial output value has reached 800 billion yuan. And strive to achieve a series of medium and long-term goals such as the transition from a machine tool to a machine tool, a powerful country, and the realization of a dominant position in the domestic market for domestic high-end CNC machine tools.

Due to the price drop, a large amount of new production capacity began to be transferred to the international market. In the first half of this year, the overall performance of the industry declined by nearly 20%. Luo Baihui, secretary-general of the International Die & Metals and Plastics Industry Suppliers Association, said that the numerically-controlled machine tool industry is expected to see a new round in the second half of this year due to the decline in both cost and price, stronger competitiveness in the international market, and recent policy support. The increase in production capacity.

With the recent acquisition of foreign companies by industry leaders such as Zoomlion and Sany Heavy Industry, China's CNC machine tool industry in the valley has shown internal adjustments, and the pace of internationalization has begun to accelerate. According to data from the China Investment Association, in the first half of the year, the value of domestic CNC machine tool industry exports reached 3.825 billion yuan, an increase of 32.9% year-on-year.

After a period of rapid development, China's CNC machine tool industry has achieved a significant advancement in the level of science and technology, in particular, some machine tools with good market prospects, such as CNC cutting machines, CNC flame cutting machines, CNC plasma cutting machines, etc. Equipment in the intelligent technology to achieve international standards, cheap products have sufficient international competitiveness. According to the governmentâ€™s steady growth signal, it is expected that the industry as a whole will still achieve an increase of 12% this year, with an increase in exports of more than 30%.

1. The above testing data are only for reference, the actual spectrum of LED may change since the temperature or other parameters are different when operating the current.

2.The above data was tested by 600Î¼m core diameter, 0.22 NA multimode fibers. Other core diameter fibers are available on request.